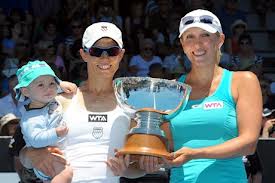 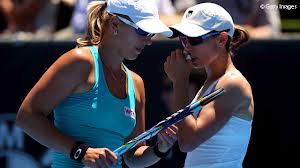 The wildcard entry of Black and Rodionova came from behind against the top seeds Goerges and Shvedova to win 2-6, 6-2, and 10-5 in the first match on centre court at the ASB Tennis Arena on Saturday.