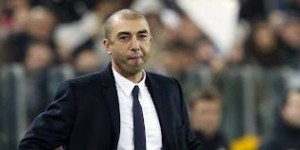 Chelsea have sacked Roberto di matteo following the 3-0 defeat to Juventus on Tuesday evening which left the club’s prospects of qualifying for the Champions League knockout stages hanging by a thread.

The 42-year-old Italian manager has parted ways with the Champions League winners, With their Premier League form slipping after a bright start, owner Roman Abramovich has decided to sack the manager, with the club insisting that “results have not been good enough”.

The club faces a season-defining period over the coming weeks, with a clash against Premier League champions Manchester City on November 25 followed by the must-win game against Nordsjaelland on December 5.

The owner and the Board would like to thank Roberto for all he has done for the club since taking over in March.

“Roberto helped us, and he guided us to an historic Champions League victory and a seventh FA Cup. We will never forget the huge contribution he has made to this club’s history and he will always be welcome at Stamford Bridge”.