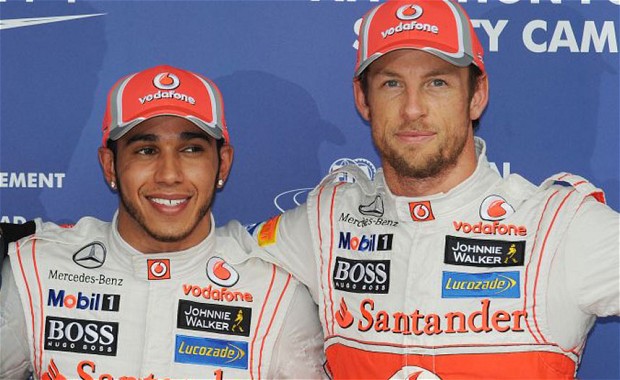 McLaren’s Lewis Hamilton starts Sunday’s season finale in Brazil from pole, pipping team-mate Jenson Button by half a tenth of a second during a thrilling qualifying session at Interlagos on Saturday.

With McLaren having topped every single practice session this weekend the 27 year-old will be confident of winning his last ever race for the Woking team and ending their 15-year relationship on a high note.

It was a tight battle for pole between Hamilton and Button, who missed out by just 0.055 seconds.

“I’m grateful to be able to put the car on the front row and to have had my last qualifying with McLaren as a one-two,” said Hamilton. “It is a fantastic job by the team and I hope we can turn it into something positive tomorrow.”
Hamilton, 27, has notched 21 GP wins in his six years competing in Formula One.

And, as he bids to say an emotional goodbye to the team he joined as a 13-year-old, he says he would love to emulate his boyhood hero Ayrton Senna by winning here at Interlagos.

Hamilton, who starts from pole position today, is joining rivals Mercedes for the 2013 season.

Although the three-year deal is worth around £60million, the Brit knows they cannot offer him a car capable of winning races on a regular basis, such as McLaren.

Which is why he is so desperate to win this race on his final outing for the team.

He said: “I have never won here. I think I have won at most of the historic circuits — and this is one of the last ones. I don’t know when I am going to have a car next that will compete as good as the one I have now. So, I am going to drive the nuts off it this weekend.”

Hamilton, who won the 2008 F1 world title in Brazil in dramatic fashion, added: “It’s great to have such a positive final Friday with the team – it’s been one of the best Fridays we’ve had for a long, long time, in fact.

“I’m savouring every moment of this weekend, and I’ll be taking photographs of my engineers and mechanics through each day. The car feels really good – thanks, guys – and it would be the perfect Saturday if I could take pole.”

The 2012 Brazilian Grand Prix, which will decide whether Vettel or Ferrari driver Fernando Alonso wins the world title, starts at 4pm on Sunday. 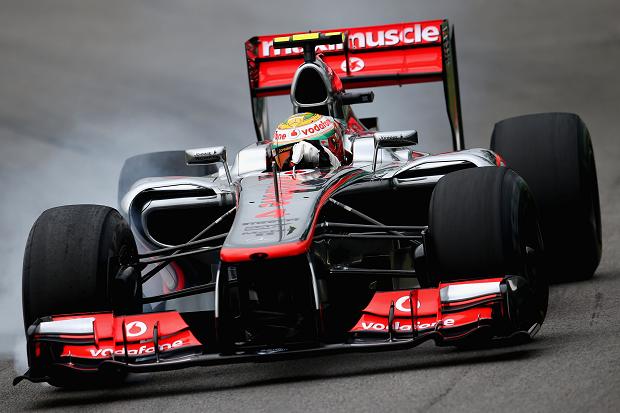