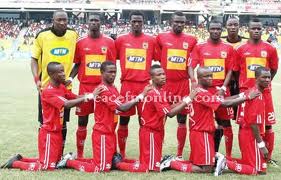 The professional football club based in Kumasi (Ghana) Asante Kotoko Sporting Club, known also as Asante Kotoko, is yet to win a game in their last three visits to Tema park.

But the promise from the porcupine warriors this time, is that they will move heaven and earth to beat Tema Youth on sunday when the two team clash in an 8th week, Glo Premier League fixture.

On October 9, 2011 away Tema Youth in the first game of the last season, Kotoko drew 1-1. On May 5, 2012, Amidaus professional, then a division one side also caused a major upset when they inflisted a painful 2-0 defeat on Kotoko in the 1/16th stage of MTN FA cup.

That result shocked Kotoko fans who least expected the relatively unknown division one club to show Kotoko the exit in the prodigious FA cup competition. And in August this year, during the pre-season campaign, Kotoko again drew 0-0 against Tema select side .

On the other hand Kotoko have two wins and five draws and are the only unbeaten side in the league. Kotoko are sixth placed with 11 points .

A win for the fabulous team on sunday afternoon will send them to the second position.

The Porcupines are in no mood to lose ground to Tema Youth especially when their supporters will be thronging the Tema Park in large numbers. Coach Mas-ud Didi Dramani has made it clear that he  has no selection headache.

Dramani believes that the nature of every match determines the type of players to use so it is with that philosophy the coach will select players for sunday’s grudge encounter.