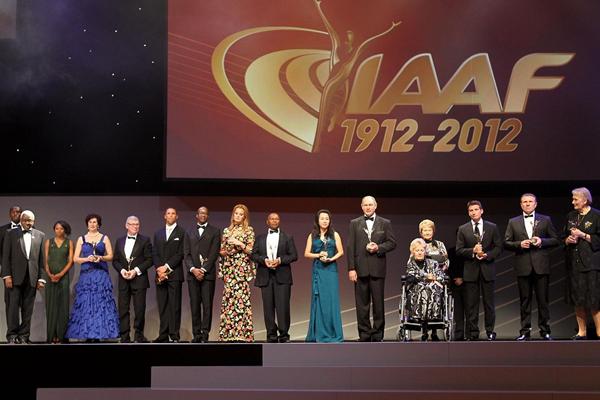 The spectacular IAAF Centenary Gala Show which took place yesterday  in Barcelona’s Palau Nacional was the highlight of a momentous year of celebrations which have marked theIAAF Centenary.

The Palau Nacional, built for the 1929 International Exhibition, is the home of the Museu Nacional d’Art de Catalunya (MNAC) and its atmospheric Oval Hall was the setting for the IAAF Centenary Gala Show.

The one and half hour show took place on a giant stage backed by a video wall, in front of an audience of around 800 guests, which included IAF Honorary President HSH Prince Albert II of Monaco, IOC members, members of the World Athletics Family and representatives of other International Federations as well as dignitaries from Spanish sport and politics. Joining them were around 200 champions from the London Olympic Games 2012 (and 1948!) as well as many other legends of the sport, who were treated to an array of music and dance performances and inspirational videos commemorating 100 years of the IAAF.