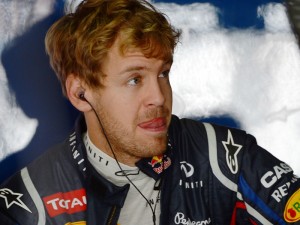 Ferrari have written to the FIA asking for official clarification of whether the German’s overtake of Toro Rosso’s Jean-Eric Vergne was legitimate.

The FIA has made it clear it believes the pass was legal but Ferrari have not yet received any official reply.

Any penalty for the pass could have resulted in Vettel losing the title.

If the overtaking manoeuvre had been declared illegal, Vettel could have been given a penalty that would make Ferrari driver Fernando Alonso world champion.

However, the FIA believes that Vettel did nothing wrong and the 25-year-old’s third successive world title is set to stand.

The situation was complicated because Vettel’s dashboard display and trackside warning lights and flags appear to have contradicted each other.

Vettel, the youngest ever three-time champion, pulled off the pass on lap four of the race before he reached a green flashing light indicating that the yellow caution zone – in which overtaking is not allowed – had ended. And his dashboard display showed the yellow-flag warning sign throughout.

However, on-board videos of the incident appeared to show a marshal waving a green flag on the inside of the track.

It has emerged that the incident was not investigated during the race because a green flag was being waved at a marshals’ post after Turn Three. Vettel only began his move after passing that flag.

“The incident wasn’t reported to stewards in the first place because it didn’t seem like there was a need to report it at the time,” Norman Howell, the director of communications for the International Automobile Federation (FIA), said. “Now that Ferrari has sent us a letter asking for an explanation we will give it to them.”

That means the move was viewed at the time as legitimate and so race control, which judges potential infringements, was not informed and the stewards did not become involved.

BBC Sport, understands several team bosses have seen the footage of the incident and agree a green flag was being waved at the marshals’ post.

Race director Charlie Whiting has told the drivers that the first signal is what counts – whether it is a light or a flag.

However, there have been a series of clarifications on the correct way of responding to the three different methods of indicating track status – the flags, lights and cockpit displays – and that these can be interpreted in different ways.

Regardless of the outcome from Ferrari’s request for clarification, they will want the situation made clearer for the future.

The issue is of huge significance because the penalty for a pass under yellows judged after the race is 20 seconds added to a driver’s race time.

If this was applied, it would drop Vettel to eighth and make Alonso world champion by one point.

The 31-year-old Spaniard, world champion in 2005 and 2006 with Renault, on Tuesday posted a cryptic message on his Twitter account  that appeared to relate to this incident.

He wrote in Spanish: “I don’t believe in miracles. I make my miracles out of the correct rules.”

Ferrari’s action is not the same as appealing against the race result.

Red Bull have so far not commented on the situation.