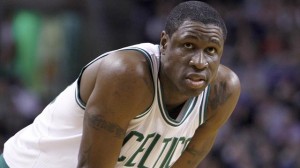 The Toronto Raptors will ink the free agent today according to his agent. From CSNNW:

The deal will be finalized Friday morning and Pietrus is expected to suit up Friday night when the Raptors host the Phoenix Suns. Bill McCandless, the agent who represents Pietrus, confirmed this agreement via text message.

‘It has been a long journey and a long summer,’ McCandless said. ‘We started this process first off with high expectations in July and had a bunch of phone calls. We spoke with Chicago and Houston early on. As we got deeper in the year, we had conversations with Atlanta, Minnesota, and Toronto.

We never heard from the Lakers. There was never any interest from them. At the end of the day, Toronto was the place for him and he’s happy to be there. He is going to place where he knows he’s going to play and help the team and he has a high regard for Bryan Colangelo (Raptors General Manager).’