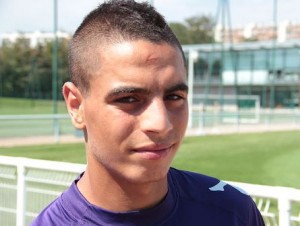 Wissam Ben Yader was born on August 12, 1990 in Sarcelles in France. He is a French footballer from Tunisian descent who plays as a forward.
He is currently playing in Toulouse where he wears the number 7. He is as tall as 1.70 m.
Youth career :
2000-2007: Garges-les-Gonese
2007-2009: Saint-Denis
Senior career
2009-2010: UJA Alfortville
2010 :Toulouse
National team :
France Futsal espoir
France Futsal
France espoir
Palmares :
France Vice-champion of Futsal in 2010 with Garges Djibson Futsal