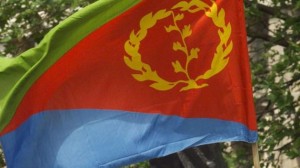 Eritrea have withdrawn from their African Nations Championship qualifiers against bitter foes Ethiopia, a letter from the Confederation of African football showed.

According to BBC Africa, the Eritrea football federation has withdrawn its team from the African Nations championship tie against neighbours Ethiopia. The Confederation of African Football has confirmed the decision but gave no reason for the Eritreans withdrawal.

On Tuesday, the Ethiopian Football Federation had asked Caf for the qualifiers to be moved to a neutral venue as the neighbouring countries continue to be embroiled in a border row.

It is not immediately clear if either development led to the Eritrean decision.

The teams had been set to play in the Eritrean capital, Asmara, between 14-16 December, with the return tie in Addis Ababa two weeks later.

It means Ethiopia will now play Rwanda in the next round, with the first leg set for 21-13 June.

But even before the Eritreans withdrawal, Ethiopia had said they would not travel to the Red Sea state.

“We want the matches to take place, but we’re not willing to travel there and it is obvious their government won’t allow their team to visit Addis Ababa,” said Ethiopian Football Federation spokesman Melaku Ayele.

“So we’ve proposed an alternative venue, neighbouring Sudan, for both matches to be held in.”

Ethiopia willing to guarantee Eritrean team security during their return leg in Addis Ababa in January of 2013.

Ethiopia is ready to play its return leg in Sudan as well if so requested.

The African Nations Championship, played every two years, is the continent’s second biggest tournament in which only domestic-based players can take part.