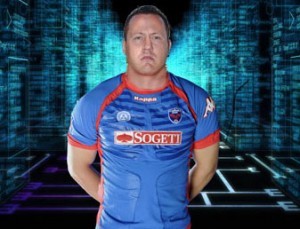 The second line in South Africa, Naude Beukes, has extended his contract for two seasons with the club Isère, announced the Dauphiné libéré.

The FCG is therefore certain to follow the adventure of the former player of US Oyonnax for two supplementary seasons.
This season, the South African of 32 years played 10 matches of Top 14  of which he played 8 as holder.
Beukes piles up again. But Grenoble is not sure of conserving the whole of its best players for the coming season.

The Daulphiné  libéré also mentioned the benefit of Montpellier for Jonathan Pélissié and Lucas Dupont.