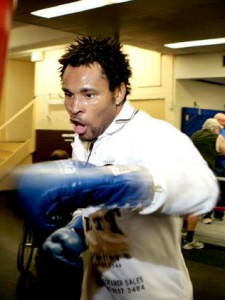 KING Davidson has revealed the inspiration behind his WBO International light middleweight victory a Nigerian prophet who predicted he would become a world champion.

The 27-year-old has been followed his whole career by Nigerian minister and televangelist T.B. Joshua, who gained notoriety for apparently predicting the death of Michael Jackson and faith healing injured sports stars such as Joseph Yobo.

T.B. Joshua founded The Synagogue, Church of All Nations in Nigeria, which attracts 15,000 followers to its weekly services and claims to have healed people will incurable diseases.

Joshua has backed Davidson, both financially and spiritually, and called the Southampton-based fighter moments before he entered the ring to defeat Joseph Lamptey to win the WBO title.

Davidson said: “He called me five minutes before my fight and said ‘be very careful of your opponent, he will try and hit you in the stomach.’ “He then asked me what I would do if someone tries to fight like that. I told him ‘to put up a good guard and keep out of reach.

“He then said ‘you’ve got the key, now just do it, I know you will win.’ “It inspired me to go out and win and I want to thank him so much for following me throughout this career and everything he has said about me had come to pass. 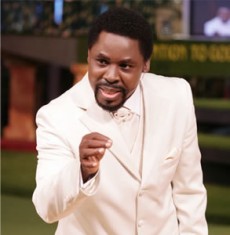 “He said to me I would become a world champion.

“He told me from the start that this is written in the heavens and no one can change this destiny other than me if I take the wrong path in life.

“He put his reputation on the line and said to people that if I did not become a world champion then they should never ever respect him again.”

Davidson is already receiving offers of fights to defend his title but is about to jet off to Australia for a short break to see his son before coming back and making a decision.

However, he is adamant he would like to make one defence in Nigeria, in front of T.B. Joshua, and then hopes to quickly follow that up with another big fight back in Southampton.