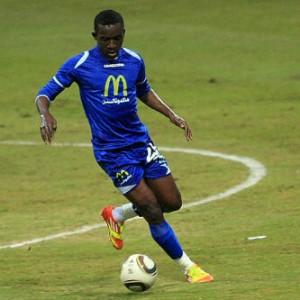 The team of Young Boys will watch Samuel Afum on Tuesday Swiss Super League.  A few people from Young Boys have travelled to Egypt to watch Ghana striker Samuel Afum ahead of a January move, Ghanasoccernet.com can confirm.

FC Smouha have accepted a $1.5 million bid from the Bern-based side.

Young Boys sporting director, Fredy Bickel, and chief scout together with Fifa agent Walter will be in Alexandria watch the former Ghana Premier League golden shoe winner play for Smouha against Bani Suef in an eight club tournament in Alexandria.

Boys want to be convinced about the form of the Ghana U23 striker as the Egyptian season has been put on hold for over 11 months. Afum has bagged one goal in the competition so far and will be keen to impress against Suef on Tuesday.