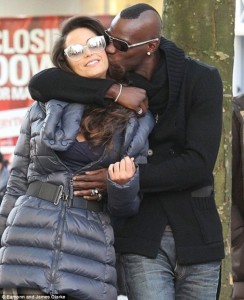 The child has been named Pia according to Italian media.

She was born on Wednesday, five days earlier than expected, at the Clinica Mediterranea in Naples. Balotelli was not present at the birth. Various news outlets report that Balotelli will fly out to Italy to see his newly-born daughter and former girlfriend.