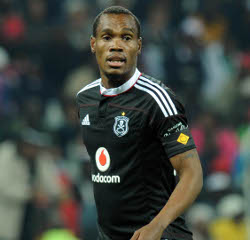 Chippa United are planning a move for Orlando Pirates attacker Rudolf Bester when the transfer window re-opens in January.

Bester signed from Maritzburg United a few years ago, but has struggled for regular first team football at the Buccaneers.According to sources close to the Chilli Boys, club boss Chippa Mpengesi is a huge admirer of the Namibian international, who only recently returned to training following an injury lay-off.

“Mr Mpengesi is a fan of Rudolf Bester. The club has already enquired about his services from Orlando Pirates,” our source reveals.