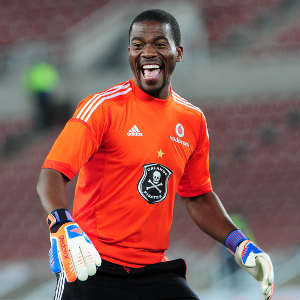 Gordon Igesund, coach of the Bafana Bafana of South Africa released Tuesday a list of 19 players called to face Malawi in a friendly match on December 22. A match which falls within the framework of the preparation of the host country for the next  Afcon.

The major point of entry into the group is that of the goal keeper of Orlando Pirates, Senzo Meyiwa (photo). Benni McCarthy returned just from injury is not there. Igesund also said he will release his list of 23 players for Afcon 2013 on December 30.
The list :
Khune, Sandilands, Meyiwa, Sangweni, Fransman, Nthethe, Masilela, Matlaba, Gaxa, Manyisa, Letsholonyane, Tshabalala, Myeni, Khuboni, Parker, Buckley, Chabangu, Phala, Majoro.
Read also: