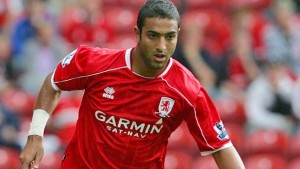 Houssem Mido has an output that could earn him a penalty.

This initiative of the  terrible enfant of Egyptian football displeased the English leaders who found this gesture “irresponsible.”

They requested the attendance of the 29 years striker before the Disciplinary Board. An investigation will be opened in the coming days.