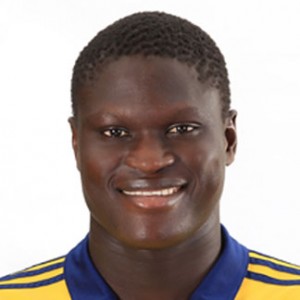 Papa Gueye is great concerned with the Senegalese national team. Already deprived of the Afcon 2013, it will be difficult to qualify for the defender of Metalist Kharkiv (Ukraine D1) for the next World 2014 if a breeder is not yet named!

He just confided in a lengthy interview by the website of WiW sport.Com.

– “The national team is an honor. Despite all the problems facing the Senegalese football, the national team has a sacred character. I actually think forever. “
– “Against Niger, the staff has just decided to dispense with my services and I accepted his choice.”
– “In the national team, no player has more European Cup match than me. I have more than forty meetings in  Europa League. Those who think that I’m shy only give their views and that is their problem. “
– “I’m not a spare.”
– “We wanted to qualify, but  we had Ivory Coast as opponent. There was no reason for our fans to behave this way. We were all frustrated, but it was not a reason for the supporters to lead unsporting behaviors. “
– “We are worried about not having a coach!”