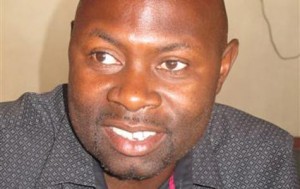 The Zimbabwean football family is in mourning. Two legends of the country have been victims of a serious traffic accident. Adam Ndlovu died on the spot while his brother Peter is in a critical condition in hospital.

The two brothers and a passenger traveling on their way to a friendly match between the Highlanders Legends and a local team near the Victoria Falls.

The passenger also died on the spot. According to witnesses, the 4X4 car drove by Adam Ndlovu  hit a tree before bursting a tire of the vehicle. As to the former Premier League forward of 39 years old  Peter Ndlovu, he is  alive but is actually lying in a Bulawayo hospital in a very critical condition, doctors have commented.

Adam Ndlovu was previously coach of the first division team Zimbabwean Chicken Inn, while his brother was a consultant for the U23 Warriors, another club in the country.
Zimbabwe Prime Minister Morgan Tsvangirai, sent his condolences to the family via his official Twitter account.
“I am deeply saddened at the passing on of soccer legend, Adam Ndlovu, who was taken away from us in the horror crash that left his young brother, Peter, in hospital,” he wrote.
“I wish Peter a speedy recovery. Adam and Peter were part of our national football Dream Team in the 1990s and have continued to impart their skills to other young Zimbabwean footballers. They have made a significant contribution to culture in Zimbabwe.”
“My prayers are with the Ndlovu family, the football fraternity and the nation at this sad loss. On behalf of my Office, my family and on my own behalf, I join with so many others who knew Adam, in offering our deepest sympathy on his passing.”