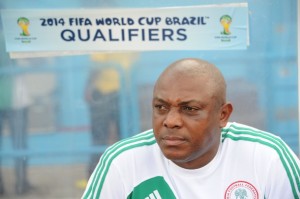 The coach of the Super Eagles has not been paid for two months. The NFF (Nigeria Football Federation) owes 10 million naira to $ 63,000 to Stephan Keshi. A situation that should not continue.

In any case, Aminu Maigari, President of the NFF has entrusted,. “Yes, we have two months’ salary to Keshi. But this is not a situation we wanted. We returned from vacation and everything should be back to normal “, said Maigari.“He is not yet in possession of his official car and his house. These are matters that we are trying to solve as soon as possible, “he added.

Despite all this, Keshi said no word. “Until proven otherwise, Stephen Keshi has not yet complained about his situation”,  said the president of the NFF. He is a professional and is focused on his mission. ”