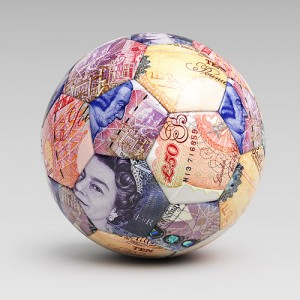 South African law enforcement agencies are expected to make arrests in connection with a football match-fixing scandal prior to the 2010 FIFA World Cup.

A FIFA investigation has found that five South African sports officials were linked to the eight-million-rand ($940,000) match-fixing scam.

According to the local Sowetan newspaper, a special anti-crime team and international law enforcement agencies are sifting through documents recently seized in raids from several SAFA officials’ offices and homes, and the offices of foreign football associations.

“The arrests will shake South African football to its core”, said Paul Ramaloko, spokesman of Hawks, a special anti-crime force.

Ramaloko said the Hawks had been investigating the case since early this year, but a complaint of corruption was laid only this week and a criminal investigation was officially opened only Wednesday.

Match fixing was suspected in the South African national team Bafana Bafana’s friendly matches against Thailand, Colombia, Bulgaria and Guatemala in the weeks leading up to the World Cup.

Singaporean match-fixer Wilson Raj Perumal, who ran Football 4U, football development front company, has been found guilty of rigging South Africa’s international friendlies ahead of the 2010 World Cup. Perumal was convicted in Finland in 2011.

The results of matches were found to have been pre-arranged to benefit an Asian betting syndicate.

SAFA issued a statement last week, saying it had also found “compelling evidence” that the pre-World Cup friendlies were fixed.