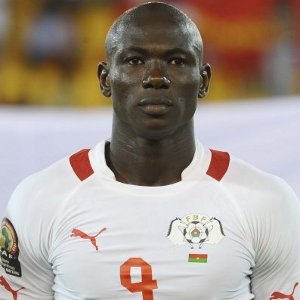 Striker Moumouni Dagano has been named in a preliminary squad of 28 players chosen by Burkina Faso for the African Nations Cup finals, putting him in line for a sixth tournament appearance.

Dagano has played at five tournaments, scoring once in 12 appearances since the 2000 finals co-hosted by Ghana and Nigeria.

Burkina Faso coach Paul Put included French-based striker Alain Traore, hoping he will recover from injury in time for the country’s first match in Group C against Nigeria on January 21.

Traore, from Ligue 1 club Lorient, will return to France on Wednesday to continue treatment in a bid to get ready for the finals, Put told reporters.

Overtures to French-born defender Steeve Yago of  Toulouse to play at the tournament were turned down as the 20-year-old wanted to concentrate on his club career in Ligue 1. Yago, 20, is of Burkinabe descent.

Burkina Faso will cut their squad by five players before leaving for South Africa on January 8.