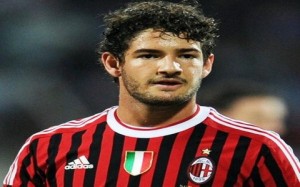 AC Milan have agreed to sell striker Alexandre Pato to Corinthians, according to the player’s agent.

The Brazil international has long been linked with a move back to his homeland, after his career in Itay stalled following a series of injury problems.

The 23-year-old’s representative, Gilmar Veloz, confirmed on Wednesday that a deal with Corinthians was close to being agreed, and he has now revealed that the Rossoneri have given the green light over the transfer.

He told Radio Bandeirantes: “AC Milan said “yes” to the transfer. We are defining the details, the deal will happen.”