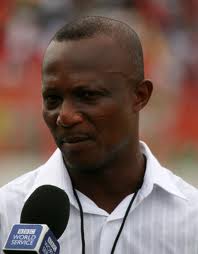 The Black Stars of Ghana are expected to fly out to the Gulf Region on Friday for a training camp which will run from January 7-16, 2013.
A 26-man squad together with the technical team will embark on the trip to begin preparation for the 2013 Africa Cup of Nations in South Africa.
The squad will be pruned down to a final 23-man list for the tournament after the Black Stars’ training camp in the United Arab Emirates.
Whiles in Abu Dhabi, the four-time Africa champions will play a series of international friendly matches in preparation for the continental showpiece.
Coach Kwesi Appiah’s men will take on the Pharaohs of Egypt in their first warm up game on January 10.
Three days later, the Black Stars will take on the Carthage Eagles of Tunisia at the same venue.
The Black Stars are drawn in Group B along with Mali, Niger and DR Congo and they will be based at Port Elizabeth when the tournament kicks off on January 19.