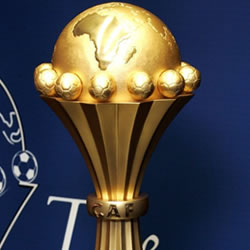 As 16 nations confirm their provisional squads for this month’s Africa Cup of Nations finals, the Glo Premier League’s player contribution is spread among two countries.

The Ghanaian Premier League, among the best on the continent, has a representation of eight players so far as teams prepare towards the finals in South Africa.

The eight players from the Glo Premier League have been included in the preliminary squads of Ghana and Burkina Faso for the 2013 Africa Cup of Nations.

The Black Stars has six players from the domestic league while Burkina Faso have included two in their provisional 28-man squad.

All six players selected into the Ghana squad have been drawn from five clubs – Asante Kotoko, AshantiGold, Chelsea, Liberty Professionals and Amidaus Professionals.

Asante Kotoko and AshantiGold have a player each – Abdoulaye Soulama and Henri Traore in that order – in the camp of Burkina Faso.