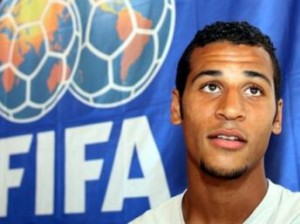 This is good news for the Togo football fans. Jacques-Alaixys Romao had banked on the team with Kossi Agassa and Emmanuel Adebayor, in war against the Togolese Football Federation.

But today it is announced that the Lorient midfielder had finally joined the group in Lomé.

This return could lead to the come back of Emmanuel Adebayor!
Yesterday, André Villas Boas; the Tottenham manager said: “If he wants to go, we respect his decision. I do not put pressure on him. We let the player decide. I told him he could go, this remains a possibility. Anything can happen. I do not put myself in a position where I shall prevent a player to fulfill his international obligations. We will release the player if he chooses. “

In group D, the Hawks will face the Ivory Coast, Algeria and Tunisia in the first round of Afcon 2013 in South Africa.