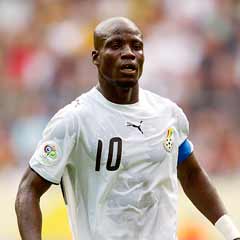 Appiah has taken notice of Asamoah eye-catching displays at Juventus this term and believes Ghana can be title contenders if the 24-year-old transfers his form to the Nations Cup.

Asamoah has often been criticized for failing to sparkle for the Black Stars at major tournaments.

But Appiah, who played for Juventus between 2003 and 2005, is refusing to give up on the versatile midfielders.

He believes Asamoah will come good at the Nations Cup in South Africa. 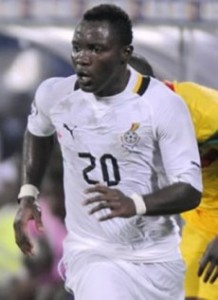 “He is an excellent player and with continuous hard work, we will see more of him in the national team,” the 32-year-old told TV3 Sports.

“You know there is more pressure playing for country than club.”

Asamoah has made 18 appearances for Juventus in the Serie A and scored two goals in his first season.