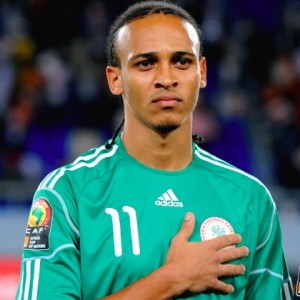 Reports in the British media have been spread with stories linking the 31-year-old with a move to the North East .

It was also reported that talks between Odemwingie and Newcastle were ongoing as at four days ago with Magpies’ boss, Alan Pardew hoping to land the forward for £3 million as a replacement for Demba Ba, who recently joined European champions, Chelsea.

The WBA manager, Steve Clarke has now moved to clarify the situation about the former La Louviere attacker who still has 18 months left on his deal.

“It’s complete speculation and there is no reason I’d lose him this month. January is the silly season,” Clarke told the club’s official website.

The former Chelsea assistant manager further noted that it was not WBA’s priority to cash in on their star players.

“We can hang onto every single player under contract – we don’t need to sell anybody”.

“It’s not unsettling for me in anyway because I know come February 1 the players I need to be here will be here,” he said.