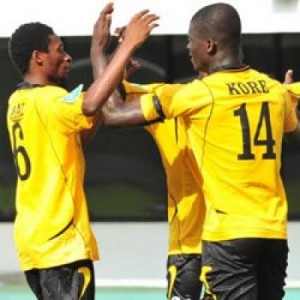 AshantiGold were held to a 1-1 draw on Sunday by Berekum Chelsea as the first round of the Glo Premier League came to a close.

The Miners took a 7th minute lead through Louis Agyemang at the Len Clay Stadium but 23 minutes later, Chelsea got the equaliser.

Edward Kpodo leveled up for the Berekum side to earn them a share of the spoils on the final day of the first round.

Chelsea finished the first round at third but could slip fourth if Asante Kotoko wins their game against Liberty Professionals next Sunday.