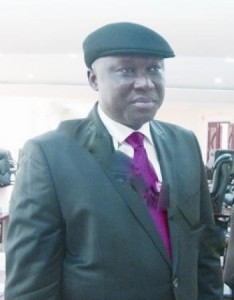 Mena faces Mali, Ghana and the DR Congo in Group B. Niger has retained 16 players from the last African Nations Cup in their squad of 23 named earlier this week for this month’s final in South Africa.

“We don’t have stars in this team. We must be united. Unity will be the strength of this team as it was its strength against Guinea, which was not an easy team to win. We have been lucky to have the players at our disposal quite often, we have been able to work well,” he said.

Their qualification has emboldened and motivated veteran players like Abdoulkarim Konate who believes victory is possible.

“The first time, we went to Gabon for our first CAN. We went to discover. So, we have seen our weaknesses and our qualities. Now, for our second time, we are not going to watch, we are going to try to confirm (compete),” he said.

History of financial problems has forced them to opt from many international tournaments in the past but in this year’s tournament they are determined to do better. Their first match is on January 20th, 2013 against Mali in Port Elizabeth.