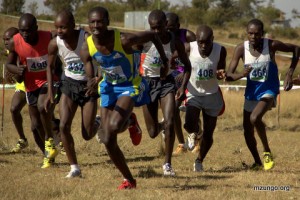 The Ugandan Soyekwo Kibet made a surprise in the Kenyan Cross Championship. The competition was run at Eldoret with sixth stages.

The Ugandan victory is a warning free of charge before the 2013 World championships planned in Poland.