Alain Traore has been riskly included to the Burkina Faso team for the Afcon 2013 in South Africa on Wednesday.

Traore had been receiving treatment in France for an adductor injury, missing preparations to the tournament.

With the deadline for team submissions just hour’s away Coach Paul Putt has put his faith in the Lorient player recovering in time for the opening Group C game against Nigeria in Nelspruit on January 21.

Five players have been dropped by the nation’s football federation. 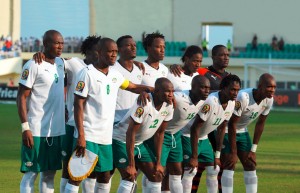