South Africa lost 1-0 against Norway Tuesday in their penultimate warm-up match before hosting the 2013 Africa Cup of Nations tournament. 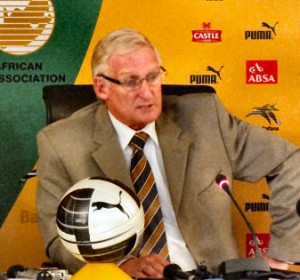 It was a disappointing outcome for the 35,000 crowd at Cape Town Stadium on a balmy summer evening as they had high hopes of a home victory given that Norway fielded a weakened team that lacked most of their foreign-based professionals.

“I’m disappointed we lost the game, but we created a lot of good chances. We have to work now on using the possession better and not over-elaborating so much on the ball,” South Africa coach Gordon Igesund said.

Bafana Bafana (The Boys) once again squandered scoring chances — notably when unmarked Katlego Mphela failed to control a through ball just before half-time — and have netted only seven times in seven friendlies. 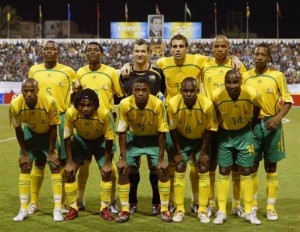 South Africa play Algeria at Orlando Stadium in Soweto Saturday and face Cape Verde Islands on January 19 in the Cup of Nations opener at the 90,000-capacity Soccer City stadium.

Norway, who lost away and won at home in previous games against South Africa, travel to Zambia for a match against the African champions Saturday in the mining town of Ndola.