Black Stars Coach Kwesi Appiah has announced his final 23-man squad for the Africa Cup of Nations in South Africa.

The Ghana coach finalized his squad on Wednesday for this month’s finals by having to leave out one member from his preliminary squad of 24.

The team is made up of ten new players. 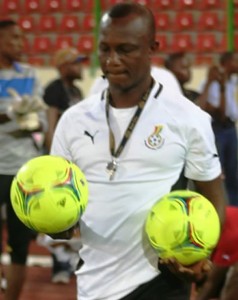