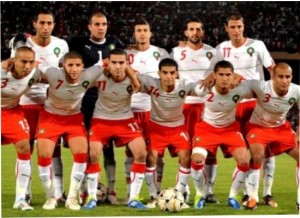 Arsenal forward Marouane Chamakh has been left out of Morocco’s squad for the Africa Cup of Nations.

Morocco coach Rachid Taoussi named his 23-man squad on Wednesday, dropping almost half of the group that participated in the previous edition, including Chamakh and Celtic defender Badr El Kaddouri.

Aston Villa’s Karim El Ahmadi, Younes Belhanda of Montpellier and Granada striker Youssef El Arabi will be some of the top names to look out for during the tournament.

Morocco are pitted against hosts South Africa, Angola and Cape Verde in Group A, and will play their first game on January 19 at the National Stadium in Johannesburg.