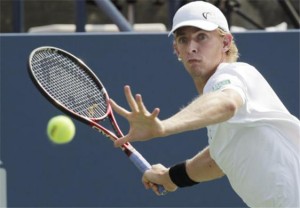 Anderson lost the first set, 36-rank before winning the next two and that advanced him into Saturday’s finals, in which he will face either young Australian Bernard Tomic or Italian third seed Andreas Seppi.

The last South African player who was left to play the semi-final was Wayne Ferreira against Carlos Moya in 2004.