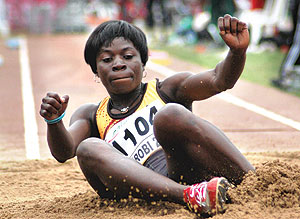 London Olympic Games, Stephen Kiprotich is the leading athlete for the marathon championship and he is the front runner for the Uganda’s 2012 Sports Personality of the Year awards. He was named alongside, the Uganda National Rally Champion. Furthermore, this is Uganda’s second Olympic gold medal since the late John Akii Bua won the 400m hurdles in the world record of 47.82seconds in 1972 Munich Olympics. 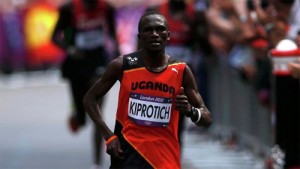 During the games, the ladies also have theirs called “Triple Jump” but it’s not for the ladies alone but men as well. Sarah Nambawa was also part of this Championship and she looks ready to be crown into Uganda Sports Press Association (USPA) 2012 Sportswoman of the Year.

Also Sarah the African woman triple jump champion is certain to win the USPA year award already. She won the gold medal at the Africa Senior Championships in Porto Novo in Benin in the month of July. She maintained the African title and won another one in Nairobi Kenya in 2010. Uganda Sports Press Association will crown their award winners on Saturday 19th January.