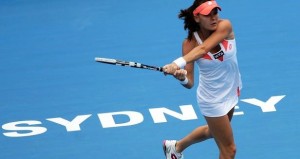 The top seed crushed Cibulkova 6-0, 6-0 in just over an hour for back-to-back tournament victories, making the perfect preparation for the year-opening Grand Slam, which starts in Melbourne on Monday.

Dominika Cibulkova was over hapless on Friday by Agnieszka Radwanska through juggernaut run, who won the Pole of Sydney International which took her unbeaten streak this year to nine ahead of the Australian Open.

It was the world number four’s 12th career singles title and she has yet to drop a set this year.

Radwanska overpowered Cibulkova, ranked 14th in the world, breaking her serve six times, winning 68 percent of the points and capitalizing on her error-prone opponent.

Cibulkova, who was unseeded in the tournament, double-faulted on match point to cap a miserable night’s work.