Ghana started it’s preparations over a week now for the Afcon in Abu Dhabi.

However, the days are drawing closer as each day passes by Ghana’s Black Stars had not left the Abu Dhabi Complex after the friendly with the Egyptians before minds were beinjg focused on their next opponents Tunisia.

The coach is optimistic about seeing the Black Stars deliver and hope injuries are avoided this time around when the play Tunisia today.

Despite their victory over the Egyptians, the Ghana coach is keeping his team grounded and only demanding improvements.

The meeting with Sami Trabelsi, a long-standing fullback for the Tunisia side just as Appiah was for Ghana will wrap up the pre-competition matches for both finalists. 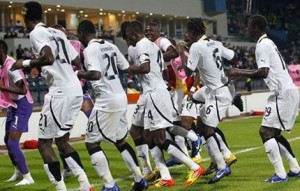 For Kwesi Appiah, his team selection will not be an experimental one but an opportunity to assess players at close-up considering the limited time a national coach gets to work with his players at the international level.

“The mere fact that the players are not with us makes it a little bit difficult,” he said as he hopes to utilize his squad fully and see how far they have come, one week into their preparations.

“Tactically, how we defend, how we attack and how we implement our set-pieces, that’s the most important thing.”

“It’s important that you identify things that were not going well.”

The results of such exercises might not necessarily matter to the Ghanaian coach but Appiah is mindful about the Black Stars’ approach to every game.

“I have always said any team that has qualified for the Africa Cup of Nations is a very good team. 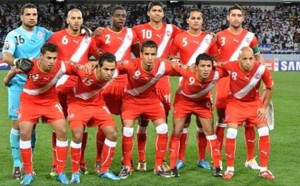 “So there is no way you can underrate anyone. In modern football, there is nothing good or bad. The most important thing is you prepare yourself very well for any game you play.”