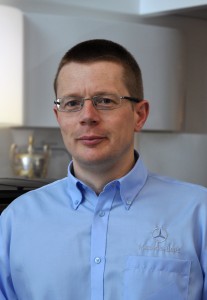 One of the men behind the 2014 Mercedes F1 powerplant has promised that the sport won’t become a matter of fuel conservation over ‘proper racing’.

Speaking at the unveiling of the Three Pointed Star’s engine for the new regulations, managing director Andy Cowell was quoted by sportinglife.com as claiming that the 2014 units will defy concerns over their sound, performance and efficiency.

The coming season will be the last in which the current 2.4-litre V8 units are pressed into action, before F1 embarks on a more environmentally-friendly future with all-new turbocharged 1.6-litre V6s. While the move has sparked criticism for the immediate additional cost it is forcing on teams at a time when the sport is trying to ensure the financial health of its participants via a stream of cost-cutting measures, the biggest concerns have been over the characteristics of the new powerplants.

Opening the doors of its High Performance Powertrains facility in Brixworth, Mercedes provided the first insight into the future of F1, revealing a package that will eventually incorporate engine, turbocharger, electronics, KERS and ERS the latest energy recovery technology in one. The German manufacturer is expected to be one of three providing the new engines next year, along with Renault and Ferrari, although Cosworth has indicated that it has similar designs in development, albeit in need of support and funding in order to become a reality.

Early rumours suggested that the new V6s would fail to provide the aural thrill familiar to F1 fans, but Cowell insists that, on first hearing, he believes they will not be disappointed.

“I had the privilege of standing in a test cell the first time it was run and I had a big smile on my face,” he admitted, “The sound is going to be pleasant, with the volume a little lower, but it’s not a problem with the direction we are going.”

The new engine era will also usher in new regulations, reducing the amount of fuel that can be carried from 150kg to 100kg and cutting rev limits from 18000rpm to 15000. The addition of ERS which will convert heat from the turbo and rear axle into stored energy, combining with KERS to offer drivers a doubled power boost of around 160hp for more than 30secs a lap will also bring increased weight to the engine package, but Cowell is not concerned that the sport will become more a matter of conserving fuel than out and out racing.

The other concern most widely voiced is that there will be a performance drop with the new engines, with the manufacturers having to build a greater element of reliability into them as the 2014 regulations stipulate only five units per driver per season, rather than the current eight allowed. That change will mean that each engine will have to cover an average of 4000km, almost double the current target.
“We will be about there in terms of lap time compared to 2013,” Cowell noted, “It’s a stretchy target, it’s very ambitious, but then this is F1. It’s a competition where the most ingenious engineer will win out, and it will also become a thinking driver’s championship to get the most from the car and the available energy.

“Of course, when there are significant rule changes, there is a risk somebody spots an opening and others don’t. But we have seen things achieved without rule changes, so I don’t see it being any different than normal.”