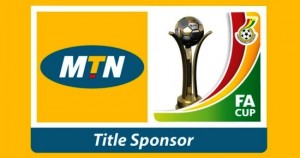 FC Nania, winners of the MTN FA Cup two seasons ago have drawn Sporting Mirren in the preliminary round stage of the competition.

Forty-eight clubs from the Division One League were entered into the draw, Tuesday evening.

The all-division one pairings will see Ghana’s second tier sides play a one-off match to determine which side advances to the next stage of the Cup competition.

Nania will be away to Mirren at the St. Aquinas Park in Accra on January 16 while Great Olympics are also away to D-International at the Accra Sports Stadium on the same day.

The competition which started last year has already seen 22 teams from the Second Division advance to the next round, the Round of 64.

Teams that qualify from the preliminary round in Division One together with the sides from the Second Division that have advanced will be joined by the 16 Premier League Clubs for the Round of 64 draw.