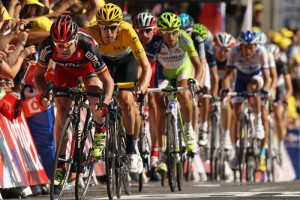 2011 total front leader for Tour de France Cadel Evans says that “this year’s event would much better than in 2012”.

As evans struggles to live with the English man and his team sky colleagues.

The Austrlian rise for the BMC racing team and expects to perform better in the 100th audition in cycling’s most famous contest when the bikers get back on their bikes in June.