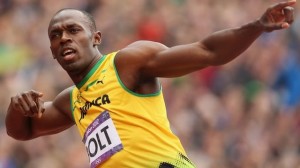 It has been a dominating year filled with lots of awards for the sprint King, Usain Bolt as far as the RJR Sports Foundation is concerned.

He has also been nominated for several other honours, most notably, the prestigious Laureus World Sports Award.

“Definitely not,” responded Bolt when asked if he wasn’t tired of winning so many awards, after Friday night’s ceremony at The Jamaica Pegasus hotel where he won ahead of training partner Yohan Blake.

“It shows that the work that you put in throughout the season; when you win these awards, it makes you feel good because the works had not gone in vain. So, for me, it’s always a pleasure winning all these awards.”

Shelly-Ann Fraser-Pryce was awarded the Sportswoman of the Year title, while swimming standout Alia Atkinson finished as runner-up.

Bolt, the only man to win successive sprint doubles at the Olympic Games, and 2012 IAAF Samsung Diamond League 100m winner, he agreed that it was not easy to stay motivated but thanked his fans and those around him.