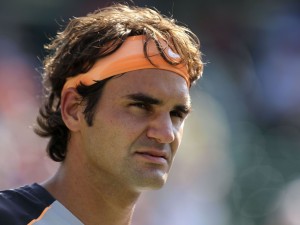 It’s not often Roger Federer is relieved following a tournament opener, but that’s exactly how he felt as he came through his first competitive match of 2013 with flying colours.

The Swiss sensation opted to skip the usual warm-up events and instead played a series of exhibitions in South America. However, he still hit the ground running in Melbourne with a 6-2, 6-4, 6-1 victory over Frenchman Benoit Paire.

The 17-time Grand Slam champion followed fellow heavyweights Novak Djokovic and Andy Murray in advancing with all three looking in ominously good form at this early stage. But rather than analysing his title prospects, Federer claimed was simply happy to negotiate the first hurdle without any hiccups.

“I haven’t played a match this season yet and you’re not sure [how you’re going to play]. That’s why you’re relieved when you get through the first one,” he said. “I’ve had a few busy years since I had kids. I just wanted to cool down a bit. It’s nice to enjoy the off-season. I hope it’s the right decision, we’ll see how it goes. I’m confident in my play.”

Murray was also delighted with his first-up performance as he opened with a 6-3, 6-1, 6-3 demolition of Dutchman Robin Haase. It was Murray’s first Grand Slam match since capturing his maiden major at the US Open last year – but he claimed he was still nervous beforehand.

“I don’t think there is anyone who doesn’t [get nervous],” the Scot said. “Nerves are a good thing. If you aren’t nervous, it shows that you’re really not that bothered.” Meanwhile, young Aussie hope Bernard Tomic managed to avoid the same fate as compatriot Lleyton Hewitt as he swatted aside Leonardo Mayer with a commanding 6-3, 6-2, 6-3 triumph.