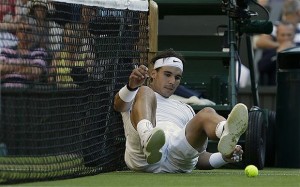 French Open champion Rafa Nadal will make his long-awaited comeback from injury at next month’s Brazil Open, the ATP confirmed on Tuesday.

The Mallorcan former world number one has been sidelined with a knee injury since last year’s Wimbledon tournament and his hopes of returning at the Australian Open were hit by illness.

It will be Nadal’s first appearance on the tour in South America since 2005.

Nadal won his 11th grand slam title at Roland Garros in 2012 before losing in the second round at Wimbledon to world No 100 Lukas Rosol.

“My knee is coming along okay, but a stomach virus has left me unable to get ready in time to tackle the rigours of a grand slam.”