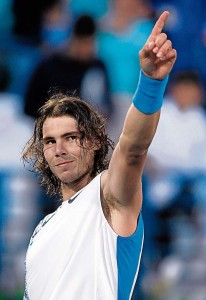 Tournament organisers announced on Tuesday that the reigning French Open champion has entered the Brazil Open in Sao Paulo, a tournament which takes place from February 11-17.

The Spanish star has been out of action since June due to a long-term knee injury.

He had been due to return at the start of the current season but a stomach virus disrupted his preparation and he decided against playing the Australian Open without match practice beforehand.

Nadal had already signed up to play in Acapulco, Mexico, later in February but now he has also added the Brazilian stop of the South American swing to his schedule.

Both events take place on his favoured clay, a surface which is easier on his knees than the hardcourts on which the Australian Open is currently taking place.

Nadal has won 36 claycourt titles during his career, putting him third on the all-time list.