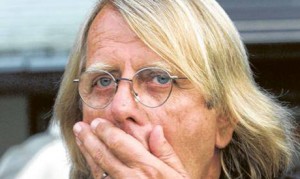 “We are not favourites of the competition, far from that. But we can consider ourselves as underdogs and can create surprises and perhaps spoil some dreams of top flights,” the Frenchman said.

Coach Claude Le Roy the Democratic Republic of Congo believes that the 2013 Africa Cup of Nations his side will not be coming as favourites but as underdogs capable of spoiling the dreams of some big guns.

The Leopards are returning to the continental scene after six years of absence since their last appearance in 2006.

“There are three teams I see as top favourites for the tournament – Algeria, Ghana and Ivory Coast. I don’t think any other team would be able to clinch the trophy besides one from the above three,” he added.

The central Africans are drawn in Group B against Ghana, Mali and Niger, and will play their first match against the Black Stars on January 20 at the Nelson Mandela Bay Stadium in Port Elizabeth.