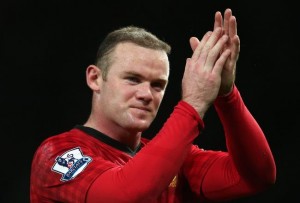 Manchester United and Arsenal both advanced to the fourth round of the FA Cup on Wednesday night after getting the better of West Ham and Swansea respectively but it was far from plain sailing.

At Old Trafford, the Barclays Premier League leaders hit the front after just nine minutes when Wayne Rooney scored on his competitive return to action. A sublime through ball from Anderson found Javier Hernandez and the Mexican unselfishly squared across the box to his strike partner who slid the ball home.

With just over ten minutes to play Rooney had the chance to put the game to bed but his penalty attempt never troubled Jussi Jaaskelainen in the away goal, high and handsome would be doing the England international’s effort a disservice.

The spot kick came about after Ryan Giggs ran at his man and his cross hit the hand of Jordan Spence leaving referee Phil Dowd with no choice.

Meanwhile, at the Emirates Stadium, Jack Wilshere struck in the 86th minute to maintain Arsenal’s presence in the oldest domestic football competition in the world.

Arsene Wenger’s men had more chances and more possession than their opponents, as per usual, but it took a brilliant half-volley to swing this third round replay the way of the Gunners.

Wilshere, the best player on show in north London by some distance, burst through the Swansea defence with less than five minutes remaining to lash a shot beyond the previously resolute Michel Vorm and book an away meeting with Gus Poyet’s Brighton.