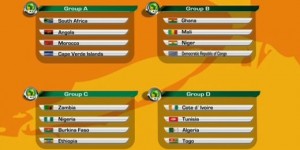 The Confederation of African Football has shifted the time of the last meeting at 20:30, this on the eve of the official opening of the competition.

A total of 16 African teams divided into four groups of four participating national teams in the 29th edition of Afcon in South Africa.