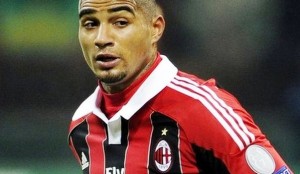 The United Nations has invited AC Milan midfielder Kevin-Prince Boateng to attend its International Day for the Elimination of Racial Discrimination.

Boateng led his teammates off the field this month to protect racial abuse by opposing fans during an exhibition match against fourth-tier Italian club Pro Patria.

The event which takes place in United Nations at Gevneva on March 21 has been in place since 1966. This year’s focus is on racism in sport.

Milan announced the news on its website on Wednesday.