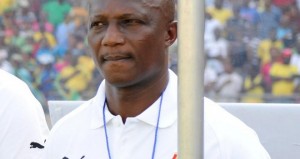 No team should be looked down upon in this year’s Afcon tournament Ghana head coach James Kwesi Appiah has claimed.

The 29th edition of Africa’s continental championships opens in South Africa on Saturday with the host nation taking on Cape Verde Islands at Soccer City.

Ghana will play their first game on Sunday against the Democratic Republic of the Congo and while Appiah’s side seem the obvious favourite to top Group B, the head coach remains convinced the Africa Cup of Nations(AFCON) will be tough from start to finish.

“I believe that it’s going to be very competitive”, Appiah said.

“We’re going to do our best but saying that there are no way you can underrate any team in this competition”.

With previous performances from all teams taking part in this year’s 2013 Afcon one can clearly say that all sides are not coming to joke but mean serious business on the field of play but we all yearn to see what happen from Saturday’s opening matches.